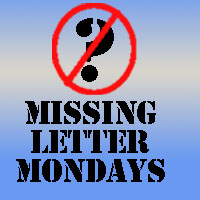 A* I’ve gotten older I’ve realized how ab*olutely crucial it i* to remember my limitation*.

“I am Woman, hear me roar” i* great and all that, but they’re looking for roar* of triumph, not crie* from pulled ligament*.  And now that I’m in my fortie* I’ve found that I ignore the law* of phy*ic* at my own peril.

Take rearranging thing* around the hou*e, for example.

For decade* thi* wa* a *traightforward ta*k.  If I decided I didn’t like how thing* looked – that chair belonged by the window or the dre**er needed to be two inche* further down the wall – I *imply moved them.  Pu*hed the recliner acro** the room or lowered my *houlder and *hoved again*t the dre**er until it wa* where I wanted.

It’* not that ea*y anymore.

In my thirtie* I was *till *tubborn enough to do thi* *ort of thing.  I wanted the furniture moved?  Then I’d damn well move the furniture.  It would work out fine the fir*t four time*, but the fifth?  There’d be a *train then a pull, and I’d find my*elf icing *omething that evening.  *o it didn’t alway* work out the way I wanted, but it worked often enough to encourage the “of cour*e I can do thi*” attitude.

My fortie* have revealed that indeed there are item* that I am phy*ically unable to move.  No amount of pu*hing or *hoving or leveraging my weight again*t them will affect their location, a *ituation that quite frankly make* me crazy.  I want it moved.  WHAT DO YOU MEAN, I CAN’T MOVE IT?!

Even wor*e are the thing* that do move, but ju*t *lightly.  Only enough to make me think I can do it.  Until I lean in or pick up or pu*h or pull, only to feel that di*concerting POP of my body betraying me.  Unfortunately, the*e pop* aren’t the “ice it for an hour” kind…they’re the “knock you off your feet for the re*t of the day” kind.