1.  Here we are sitting on the very last day of July. Less than 24 hours and we’ll be smack dab in August, then school, then Halloween, then I’ll be behind on Christmas shopping.

3.  As if the last day of July didn’t already feel like being perched at the top of Busch Garden’s Griffin, dangling from your harness, contemplating the odds of passing out from a G-force drop – today is the anniversary of T-man’s birth. That’s right. T-man came crashing into the world fourteen years ago and I’ll tell you what…life with a teenage boy is just grand.

4.  Don’t get me wrong, there are certain perks. You know who hasn’t brought up back to school shopping? T-man, that’s who.

6.  On the flip side we’ve got Bear, the girl who already knows what color jeans she’d like to own this year. Bless².

7.  We’re on a Madam Secretary blitz right now – thanks, Netflix – and it’s bleeding into real life.

8.  They used one of those really cool at-the-table cheese graters (you know, like at Olive Garden) in an episode then in a bizarre twist of fate that same grater went on sale for Prime Day. Who am I to argue with fate? Or freshly grated cheddar. Or tax free shopping.

9.  I’ve been enjoying a lot of shredded cheese. In scrambled eggs. On tortilla chips. In burritos.

11.  I found a frozen Twix in the freezer last night and it was like Christmas morning. Truly. The angels sang.

12.  But then I finished it. Sadness and sorrow.

13.  I gotta say, this Madam Secretary is pretty darn topical.

16.  I’ve got a hair appointment in the morning. Bear asked if she could come and that was a hard no. Sure, I could spend time feeling guilty for not letting my daughter tag along, but I told her this is My Time.

18.  It’ll give her more fodder for therapy someday.

20.  The fur balls are being super cuddly. After they come home from the kennel they can be a bit…clingy.

21.  Clingy isn’t necessarily a bad thing until I turn around too fast and trip over the dog underfoot. This can mean several levels of bad.

24.  Level three involves a hurt dog and human plus structural damage to the house.

25.  I hope to never find out what level four would be.

26.  We had a super fun convo at dinner the other night: the kids were talking about what they’d grab if the house was on fire. Let’s just say neither seemed concerned about me making it out.

27.  But you can bet their phones and chargers would be safe and sound.

29.  Does anyone else despise being weary? Tired I can handle. Exhausted, even. But weary feels like I’ve got cement in my bones and that feeling is muy mal. 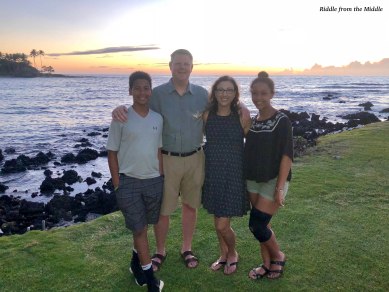 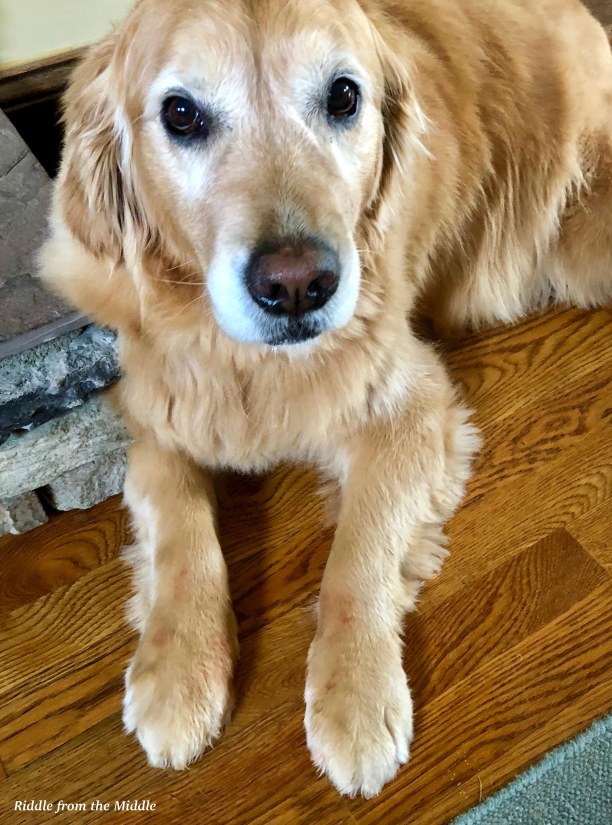 Join 3,951 other followers
Follow Riddle from the Middle on WordPress.com