Guns?   Are you pro or con?  Explain your point of view.

This is tricky to answer as is. I’m not inherently against guns so it feels weird answering “con,” but I suspect answering the spirit of the question means I lean more con than pro. Hunting for food? Not my jam but I get it. Hunting for sport? That’s a hard no for me. Taking an animal’s life so you can have a fun afternoon seems wrong. I’m strongly anti- personal ownership of automatic weapons because there’s just no need for one person to be able to unload that sort of firepower. I’d say if you think they’re fun to shoot then you ought to consider spending some time in the military.

As far as logistics go, I believe in: background checks and a waiting period for any type of gun sale, prohibiting gun ownership for convicted felons and domestic violence offenders, minimum age requirements for any type of gun ownership, required firearm training for those with concealed carry permits, and passing Red Flag laws so family members/police can ask a judge to temporarily block someone from possessing firearms if they’re a danger to themselves or others.

How would your country change if everyone, regardless of age, could vote?

I think it could be a good thing, especially right now. There’s an entire population of politically engaged young citizens who have strong opinions about what they need legislators to do for gun safety in America, but they’re forced to convince adults to vote on their behalf. They’re dying in their schools and streets while Congress refuses to even bring a debate on common sense gun legislation to the floor. Maybe the very real threat of being voted out of their jobs would convince legislators to represent all of their constituents.

What’s your cure for hiccups?

I drink water upside down from a cup. This only makes sense to people who’ve actually done it – I know because my kids have stared at me blankly when I suggest they try it themselves.

What’s the coldest you’ve ever been?

After spending most of my childhood living in Virginia and New Jersey – not the deep south or anything, but at least they’re south-ish states – we moved to Massachusetts for my senior year of high school. I was entirely unprepared for New England weather so I spent that entire year in a permanent state of shivering. That’s the longest cold period I’ve experienced, but the most intense cold was when we visited Canada. Skiing really isn’t my thing. Plus Canada. Brrr.

If you would like, share a story, a photo or some thoughts on you may be thankful for this week!

And the fact that spring – at long, long last – seems to have sprung. 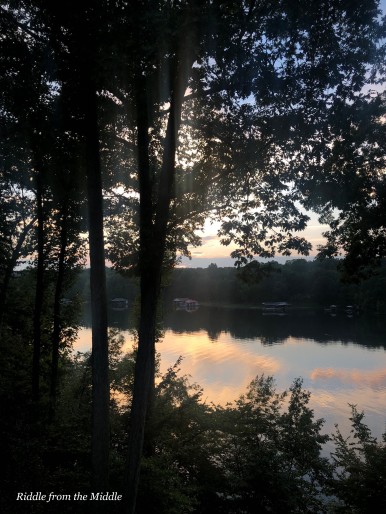 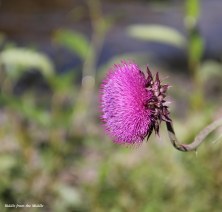 Sparks from a Combustible Mind hosts Share Your World.