1.  Introductions among the animals are moving along at their own pace. One thing that’s undeniably clear? Girl kittens and boy kittens are wildly different.

2.  Mia spent a good while basically terrified of the dogs. Not that I blame her – they can be rather large, furry excited creatures and at one tenth their size that’s gotta be intimidating.

3.  As I recall holding Mia behind the baby gate so the dogs could see and smell her consisted mostly of me reassuring a tiny kitten that she was okay.

4.  At some point this was inevitably followed by Gracie shoving her big fat head across while Phoebe draped her legs over the gate and a swift end to the fur baby session. It took a number of these interactions before Mia felt bold enough to venture out into the house.

5.  But boy kittens are a whole other thing.

6.  Was Seven a little freaked out the first time he saw Gracie? Well, yeah, he was, but can you blame him? He clocks in at just under three pounds. She’s seventy pounds of enormously shaggy golden retriever, grinning at him as her tail slaps the hallway wall and she stares at his tiny frame. That’s enough to throw anyone for a loop.

7.  But boy kitten spent the first few minutes of the first session back up, tail puffed, and hissing then settled down and crept up for a closer look. He was curious and eventually settled into playing with me while Gracie watched. By day two he’d reached his paw through the gate and popped her on the snout. Done and done.

8.  You think I’m kidding about Phoebe being part cat but when I say she brings this energy to every kitten encounter it is no joke. 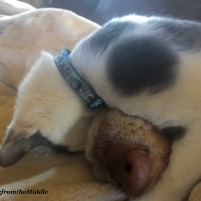 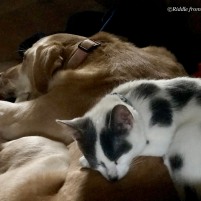 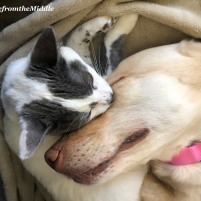 She basically plopped her bottom down outside the gate so I could love on her while the kitten sniffed away, and when Seven popped her nose on day two? She didn’t bat an eye.

9.  Mia is proving to be the most challenging. I’ve got one more internet trick up my sleeve – a coordinated play session in the same room where each cat is happily occupied by a human so basically they’re just having a good time around each other. If that one doesn’t help then I guess she’s just gonna hiss and they’ll sort it out. He did flip over and show his belly to her grouchy self last night so maybe there’s hope there.

10.  One thing’s for sure. Lil guy’s been here a month and he’s raring to go. Someone accidentally left the door ajar and we looked up last night to find he’d scaled the baby gate and was exploring the dining room. Looks like things are about to get real. 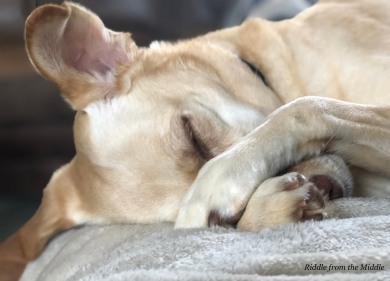 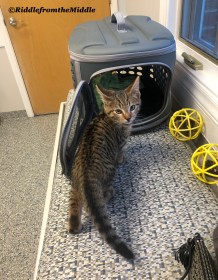 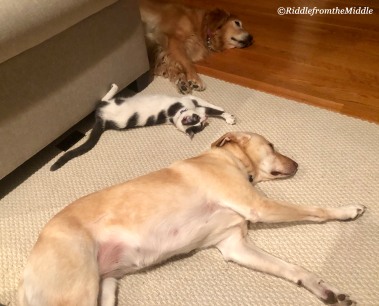 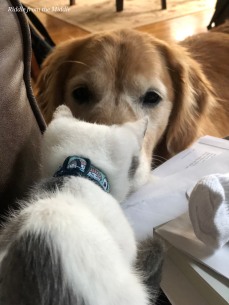 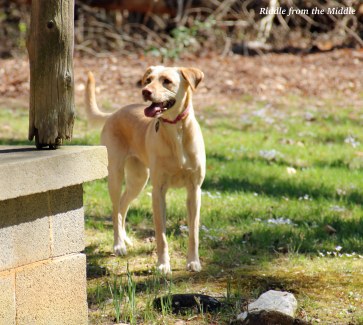 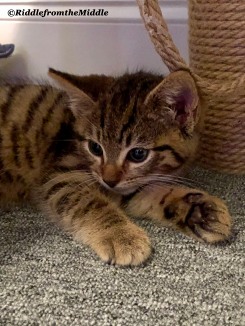 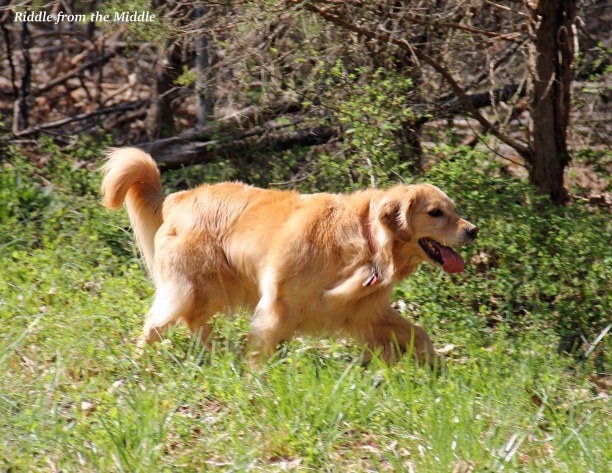