There’s something about the car that makes it incredibly conducive for conversations.  Bear and I had a really interesting one on the drive home last week.

We were dropping T-man off for a sleepover and I’d spent some time talking with my friend at the house, so Bear entertained herself by playing with the boys until it was time to leave.  The kids got rowdy, eventually engaging in a full on light saber fight, and Bear jumped right into the mix.  That’s my girl…a great combination of wide open play and competitiveness and sports with nails and accessories and dancing to the latest top 40 hit. 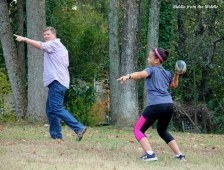 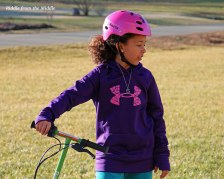 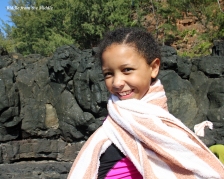 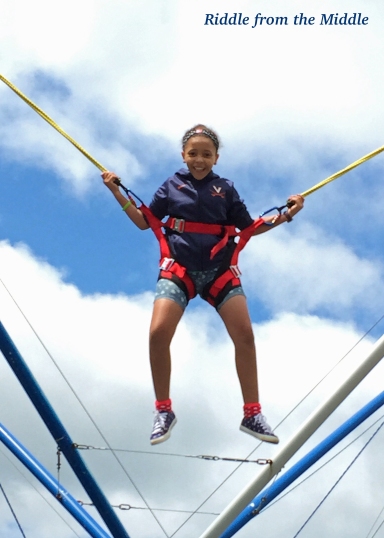 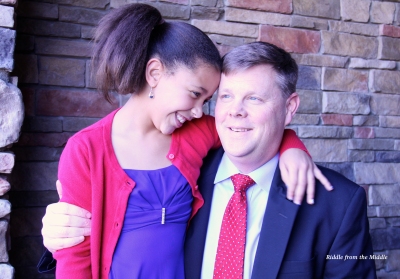 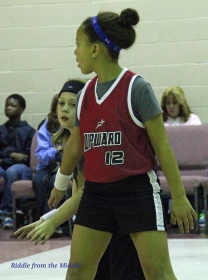 At any rate, we were heading home when Bear piped up from the back seat: “Mom?  Have you noticed that when I’m with boys I act like a boy?”

Me:  Huh.  Well, you do like to run and play, and you’ve got a great arm.  Everyone was saying what a great spiral you have at Thanksgiving…I hear it’s better than the boys at recess.

Me:  You know what’s neat?  Things have really changed for girls over the last 20 years or so.  It used to be true that running around having a crazy light saber fight would be “acting like a boy,” but now it’s just you being you.  When you’re driving the go-cart or playing basketball or throwing the football around, you’re being Bear.  And when you’re painting your nails or putting together a cute outfit or dancing like a nut with your friends, you’re being Bear.  All of that together is what makes you you.

Me:  So things have gotten a lot better for girls because there’s not really “girl” stuff and “boy” stuff anymore, it’s just stuff that you like.  But you know who it hasn’t gotten better for?

Me:  Yep.  That hasn’t really changed for them.  Sometimes other kids are mean if a boy’s not into sports or video games or nerf wars.  A boy can get teased if he likes things other people consider “girl stuff,” like dancing or nail polish.  But the truth is, I don’t care whether you’re wearing nail polish or not as long as your hands are doing something good.  This might not make a lot of sense to you if you don’t know any boys like that…

Me:  Really?  I never noticed.

Me:  Well, that doesn’t surprise me.  You’ve always been a girl who cares more about what someone’s like on the inside than what they’re doing on the outside.

Bear:  Yeah.  I stick up for C sometimes.

Bear:  Yeah, if he’s getting teased.  I’ve seen lots of girls stick up for him.

Me:  Well it sounds like C is pretty lucky to have so many good friends.

That Bear…she may be a hormonal wreck sometimes, but she has a heart of gold.